Want to know what Komen Charlotte does with your donation money? Follow along with us through the end of the year to learn about our programs, grantees, survivors, co-survivors and community impact.

Today, meet Mary. She is a breast cancer survivor and longtime supporter. See how Komen Charlotte has had an impact on her journey. 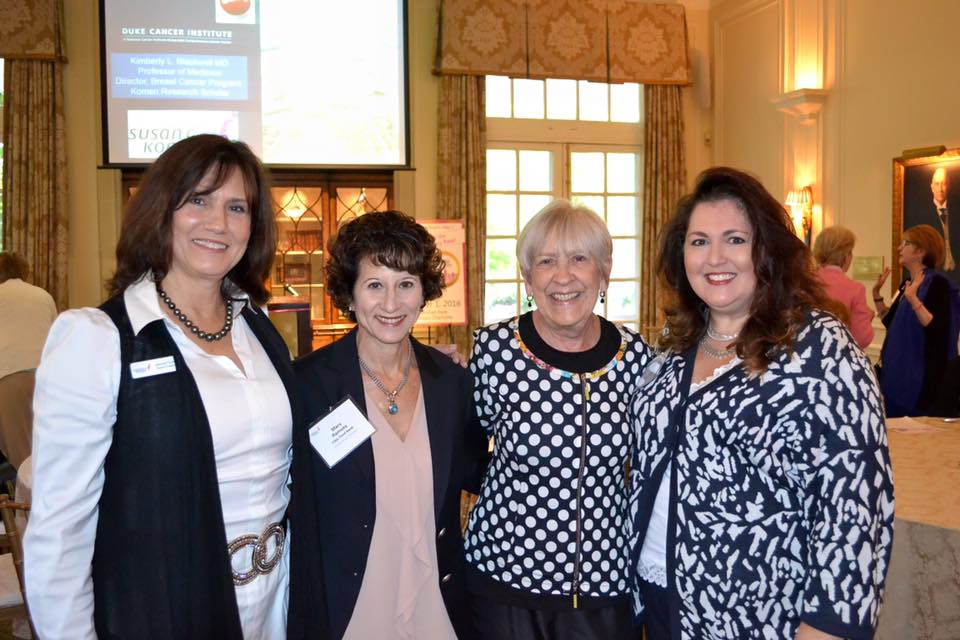 It was for Auntie Kay, who wasn’t technically my aunt but that’s what everyone called her. She’d had breast cancer. To honor her, I ran Charlotte’s race for the Cure in the late 1990s, when the event was newly formed and held at the Mint Museum on Randolph Road.

Little did I know I was paying it forward– for myself. Early in 1999, the diagnosis came to me. Back then, the order of treatment was surgery, chemotherapy and radiation, so that was how the end of the 20th century played out for me. Now, because of all the knowledge gained through Susan G. Komen and other breast cancer researchers, the order is frequently the opposite.

Thankfully, I could start the 21st century with a healthy outlook– and new friends. One of those was fellow survivor Neel Stallings, a name and personality well known locally, regionally and nationally at Susan G. Komen.

Neel pleasantly hounded me into helping her develop Komen Charlotte’s first ever Community Profile, then into writing news releases for the organization. Later, knowing I had worked professionally as a federal lobbyist, she got me into statewide advocacy efforts, which led to a position on the Komen Charlotte board of directors. In 2012, Neel and I even served as interim co-executive directors for Komen Charlotte. Somehow the organization survived.

So I guess the lesson is, be careful whom you get to know, then be grateful. #KomenCLT #togetherinpink