You are here: Home » Rx for a survivor’s diet

Rx for a survivor’s diet

Mediterranean diet – with a tweak – is the nutritional ticket

A plate full of leafy greens and wild-caught salmon may not sound like a doctor’s prescription, but experts say foods like these are important tools for prevention and good health for breast cancer survivors. The right diet can aid in the fight against cancer and can help lessen side effects of treatment, said Michelle Ray, registered dietitian with Novant Health.

While “there’s no one magic bullet,” Ray said, “I definitely recommend following the Mediterranean lifestyle.” That means, in part, eating a mostly plant-based diet.

“It is so important we eat our vegetables and fruits every day,” Ray said, “and whole, intact grains. Not just whole-grain bread but quinoa, oatmeal, barley. Not grains that have been milled into flour to make another product.” 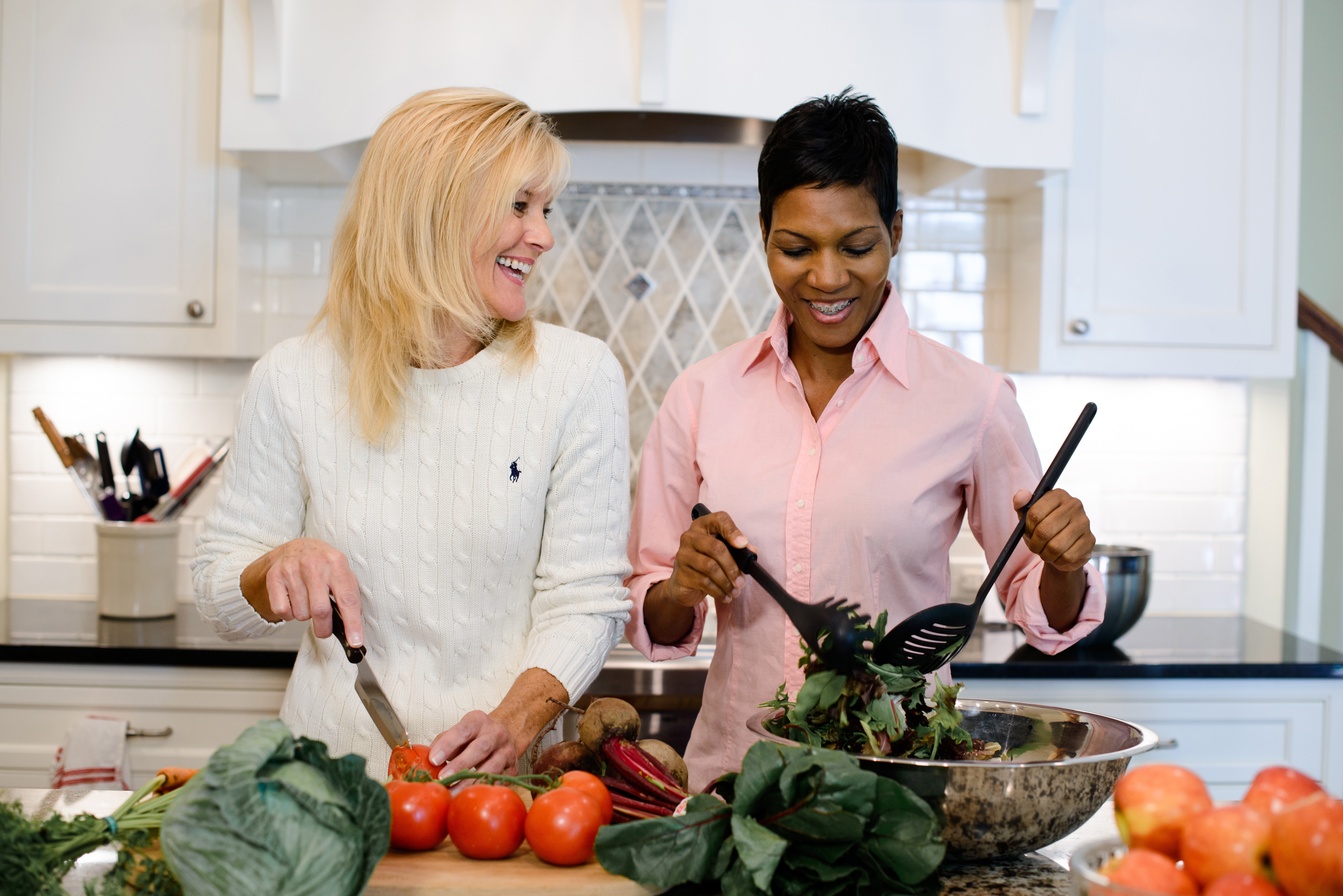 Plants are powerhouses of nutrition. As the body goes about the normal business of metabolism, it produces molecules called free radicals. Free radicals can perform a useful role, but when we eat too much fat, sugar and alcohol, our body goes on a free radical production spree – and damage and disease can result.

Antioxidants, such as vitamins A, C and E, and beta-carotene, keep free radicals under control. That’s why the antioxidants found in fruits and vegetables – especially those with deep, dark colors – are so important. It’s also important to eat the actual carrot, spinach or blackberry – not just pop a supplement. Some supplements can increase the risk of some cancers, according to the American Cancer Society.

The traditional Mediterranean diet includes red wine, but here is where Ray encourages a tweak.

“Now the consensus is you don’t want to have any more than five drinks in a week,” said Ray. “Alcohol is obviously a choice it’s something we can control. I would say less is best right now.”

What else is part of a good cancer-prevention diet? Protein found in beans and wild-caught fish (see box), Ray said. “If you are going to eat red meat I would go for grass-fed, and I would go for free-range poultry. Choose meat from animals that haven’t been given hormones, steroids or antibiotics,” she said. “And the main fats you absolutely want to avoid are partially hydrogenated oils. You don’t want fried foods. Choose unsaturated oils for cooking such as olive oil, avocado oil, peanut oil and canola oil. Choose foods that are naturally rich in healthy oils, such as nuts, natural nut butters, olives, avocados and seeds.”

Ray also advises people to pay equal attention to activity. “Exercise to reduce or minimize our risk of disease is 150 minutes a week of moderate exercise or 75 minutes of intense exercise,” she said. “That’s the bare minimum. For weight loss you are going to have to do more. Combining that exercise piece with a healthy diet is so critical to minimizing the risk of all disease and reducing the risk of recurrence of cancer.”

Eat this … not that

⇐ Community Support Building Programs at Levine Cancer Institute
Get your mammogram – and some pampering, too ⇒
Go to Top